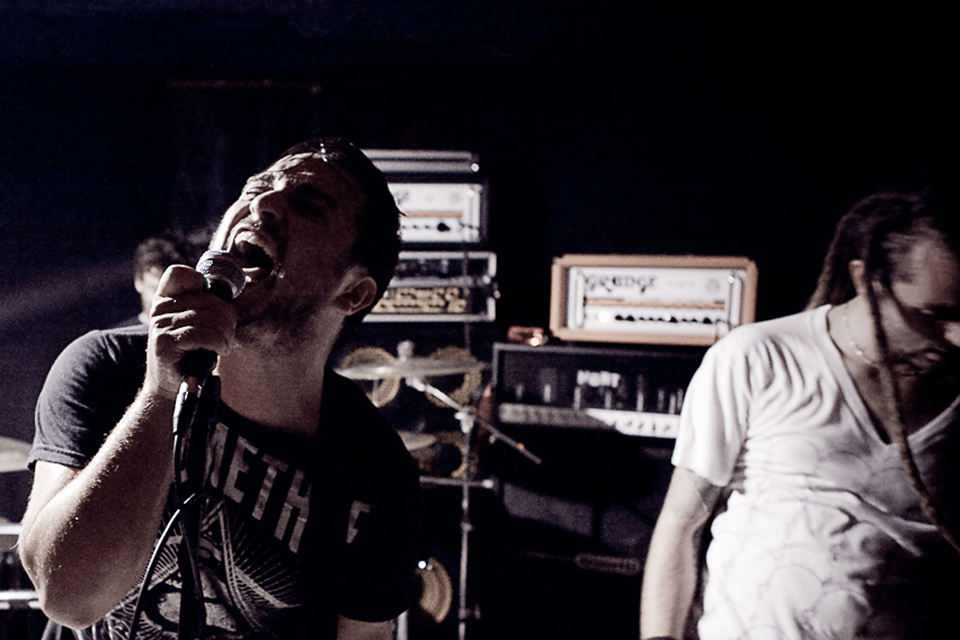 In 2009, only 6 months after its birth, The Prestige released its critically acclaimed A Series of Catastrophes and Consequences that shaded their genre into an adrenaline-fueled hardcore/rock. In 2011, Black Mouths emphasizes their unique style to a raw and intense posthardcore sound with strong rock and punk influences along with subtle and breathtaking interludes. "We never tried nor intend to fit in one particular genre. The main goal is to be honest and true to ourselves, and to have a shit load of fun" adds drummer Thibaut.

Recorded in two weeks in an old chapel in Laval (Normandy, France) with producer Guyom Pavesi (Headcharger, Die on Monday, Anathema) assisted by Amaury Sauvé (Birds in Row, Comity, As We Draw) Black Mouths is set outside the usual recording frame and with a strong live atmosphere. "We wanted the album to sound as if the listener was standing in the middle of the room and was part of the music, says singer and guitarist Alex. So we just plugged, played and pushed the red button". The recording lasted 2 weeks and some new arrangements were added to the tracks to get a more intense indie rock sound: 1970's mellotron, Wurlitzer keyboard, detuned pianos, organs.
Black Mouths is the first time the band works with a foreign producer as they went to Stockholm (Sweden) to mix with well-known Magnus Lindberg (Cult of Luna, Refused, Poison the Well, AqME). As guitarist Raphael tells it, "Giving your album to mix is like giving your baby, you need to find the person that will understand what you mean and expect." The warmth and almost lo-fi sound of the instruments found a second echo in the frozen days of the Swedish capital.

On the spring months that followed, the band played several shows and went on a 20 day tour around Europe that lead them to Netherlands, Belgium, France, Italy and Switzerland. "Playing our music live is what we aim for. We don't care about having the largest fanbase on facebook or whatever" says bassist Julien. "We just want the people coming to our show to share the 'live' thrill with us".

Chaotic, intense, genuine and outside the bounds, this is how one would define a Prestige show, as their debut album: Black Mouths.